*Please note the video is the full interview across all four subjects. Jump to 17minutes for Part 2.

Hey, everyone, it's Tom Johnson at hirobe. And welcome back to our video series. Today, we're joined by Brett. Brett is VP of AEM Engineering at Bounteous, an Adobe Platinum solution partner. He has been with the business since 2008 and has built and led the AEM practice from its infancy, just five short years ago.

I think many of you will know Brett in the industry and seen Bounteous around. It's a highly recognised and successful business within the Adobe platform world, so I wanted to invite Brett here today to tell us a little bit about that journey and how they've been so successful.

Last session we delved into how Brett and the guys are Bounteous have established and retained an industry-leading team and touched on some of the challenges they had to navigate during periods of growth. You can see the full transcript over on our last post.

Today we’re digging into remote working and keeping your team engaged while spread out across different states, countries or continents.

So, we did say this is more relevant than ever now that remote work is really here for a lot of businesses. We come across businesses where it can be a challenge, or it can be an opportunity. We're a year in and we've had to find the new norm, and of course there'll be businesses that go back to doing everything in the office and doing that side, but I'd love to understand your view. I know your own personal situation, you're not based in an office, you're not on the doorstep of an office so what's your theory around remote working and the culture of that?

Great question. You know, in Bounteous we've got plenty of offices and they'll reopen at some point and there's absolutely people that would love to be back in the office, so I don't want to downplay that. An office can be a phenomenal place to get people together, but you're right, we're in a situation right now where it's just not possible, so how do we do that? Well as you mentioned I've been here in Green Bay which is four hours from our nearest office, and I think that alone is a little bit telling in terms of the opportunity that's been afforded to me at a company where I'm not near an office and not treated differently. That kind of alludes to some of the things that we'll talk about, but you know it goes back to what I said before, it really is about how do we humanise people, because if we take a step back, working from home can be the most efficient way to get work done, at least if you're talking the area that I play in - the technical part of this where it's architects and developers banging out implementation code.

I remember it used to be where I would go on site as a developer, and I would literally estimate getting half the amount of work done than I was going to get in my home office. So, a home office and remote work can be phenomenally efficient, it can also be phenomenally polarising. Like, you can become a hermit. You can live in your house and not leave your house for weeks on end, and eventually just kind of be detached from the world – and certainly co-workers – and so as a business we need to look at how do we get beyond that?

First off, making sure you think of your people in the right way. People aren't just employees, they're not just your co-workers and God forbid, they are not resources. They are people, and we talked about this previously, I don't need to hit that anymore in terms of treating people the same, but I think getting to know and love your co-workers at a personal level. Do they have to be your absolute best friends in the world? No, but I mean, we should at least enjoy them. We spend half our waking life with people that we work with, shouldn't they at least be in our circle of people that we enjoy? And so, I think there are ways that you can foster that, and it doesn't have to be a bunch of extra programmes and a bunch of extra time. Now, there's a time and place for that, like certainly Talent Culture will throw a bunch of you know, hey, we're going to have a trivia night, if you want to join, feel free. We're going to have a bake-off, we're going to take a TV show and make a knock-off version. Talent Culture at Bounteous does a lot of that stuff.

But if that's all you're doing, I want to caution. I call it bread and circuses. It's kind of an old Roman thing where they kind of threw all the bread and circuses at the general populace. And, meanwhile, the culture was starting to rot. The same thing can happen if all that’s happening are Talent Culture bringing in HR programmes. It needs to be more, one of the things that we'll do here at Bounteous is, we have something called donut buddies. And this isn't unique to us, I think we actually got a programme online that helps us do this via Slack. So, it's not like we came up with this. But it's just an idea to get your co-workers together, the people that are working, your team members and have them on a monthly basis, spend half an hour to meet each other and talk about "not work things".

Simple things like that. There's only so much that you're going to be able to do, like we're still here to get work done, right? So, there's the reality of that. But you can build so much interaction into your daily work habits that is just useful time. You know, like most projects, when you're doing agile development, you're going to have daily meetings for status. Well, you can make sure you're doing them via Zoom. Make sure that, you know, when you're doing coaching meetings, for instance one-on-one coaching, like those should be at least weekly or bi-weekly, make sure that those are face-to-face via Zoom. One of the biggest things too, which might seem like a little thing if your culture isn't this way, but cameras on. Phones are obsolete. You can do voice just as well via Zoom but there's so much translated with facial expressions, a smile that shows that you're happy to see somebody, these are the little things that add up over time.

And it's amazing. Let's say your company doesn't quite have that culture yet, you need to find a few people that are on board with it. And you'd be amazed, once one person turns their camera on in a meeting, all of a sudden, everybody will turn their cameras on. And we're not going to be dogmatic. We don't say that you're required to put your camera on, but we will encourage people to put their camera on. For instance, we have a weekly meeting with the entire AEM competency, and we'll have dozens of people on that meeting. If we noticed that some cameras aren't on, we'll quickly encourage people to turn the cameras on, it just makes a big difference for people to start getting to know each other.

It's not one big home run, it's the little things that you can build it into your daily routines, so it just becomes the norm that you have these types of conversations. I feel like I talk to my co-workers all the time. I don't get anywhere near them, you know, but I do talk to them face-to-face via Zoom all the time. So, there are ways to make the remote thing not actually feel all that remote. And then when you do need to put your head down and get work done, you can.

Yeah, we're a big advocate for that and video is something that we use day in, day out. We have one meeting in the morning, every morning, and then an afternoon meeting. And that's really just a catch up. I talk about what we've done throughout the day, what we've achieved what's going  on for the next day. And I think that is really important for a lot of businesses out there. It keeps you engaged. I think as a person on the video, you're a lot more likely to be engaged, you're not going to be sat there on your phone looking away from the camera, if you know people can see you. And it's not a tactic to make sure that people are working, but engagement is a lot higher, obviously with video on.

I absolutely agree. The temptation is always there to get working during meetings. And I challenge people, if you don't have your camera on there are sometimes where you're just not going to be able to help yourself. I'm just going to quickly answer this email. I'm going to quickly answer this text. So absolutely, I think it's a good point that sometimes it's good for us to turn our videos on just to hold ourselves accountable. Especially if we're doing a one-on-one, I mean, if you're in a one-on-one, get your hands off the keyboard, people know. Focus on that person as if you were in the room with that person.

I think it's definitely the accountability side of it. That brings us onto our next topic around culture and fostering those habits to create the right environment. If you’d like to carry on reading this conversation, skip to the next post by clicking here.

Enjoyed this session? Watch the video in full over on our YouTube channel or read the rest of our chat with Brett by clicking into the topics below: 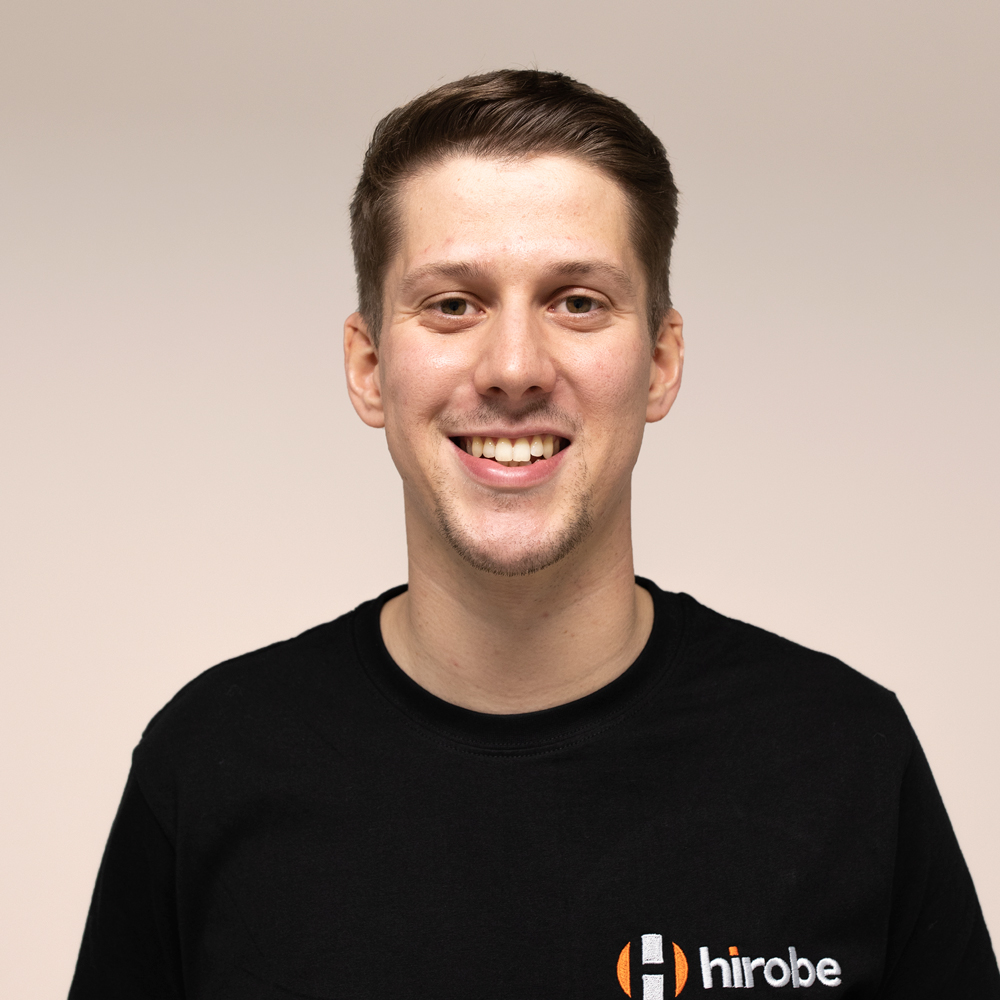 Whether you’re looking for a new challenge or would like help finding Adobe professionals please get in touch, we'd love to hear from you.